Who is the Chief of Patrol?

To understand that title, we have to go back in time and review the history of the Department, especially since the Department is not the same as the Commission in today’s operating structure.

First use of the title “Chief” is on page 13 in the Commission biennial report for 1885 – 1886. It is applied to W.C. Jones as Chief of the patrol force which was inaugurated by the Commission in August of 1883. In their previous Biennial Report (’83 – ’84) regarding Jones’ his title is “Deputy Commissioner”.

So, our current Chief of Patrol, was originally the Deputy Commissioner.

Under the authority of the Board of Fish Commissioners, the law enforcement program was headed by a Chief Deputy Commissioner.

November 1911 Position of Chief Deputy title was eliminated and replaced by the Executive Officer of the Commission. That name title was later changed to Executive Secretary which is a classification still used by the Fish and Game Commission to this day.

It was filled by Ernest Schaeffle who was the Assistant Deputy Commissioner under John P. Babcock, the existing Chief Deputy. The records search so far show Ernest Schaeffle in the position through at least 1916. (I do not have the 1916-1918 report from the commission to determine if Ernest Schaeffle was replaced in 1916 or 1918 at this time.) 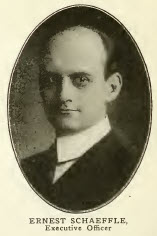 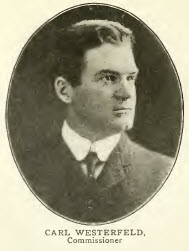 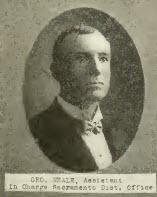 In January 1926, the Commission embarked on a complete reorganization, creating a Patrol Department. The current executive officer and attorney, B.D. Marx Greene continued as the executive officer of the Commission after the re-organization and Deputy Commissioner J.S. Hunter was designated as the new Chief of Patrol over the Patrol Department. A new Executive Officer, Eugene D. Bennett replaced Marx Greene in December 1927.

That reorganization was completed in October 1927 and J.S. Hunter moved to a different Department and K.P. Alred was appointed to be the new Chief of Patrol over the newly created Patrol Bureau.

2 thoughts on “Chief of Patrol”